Vegetable Biryani with Okra and Soya Chunks [Textured Vegetable Protein]. The Mauritian vegan ‘briyani’ is a little different from the Indian biryani in terms of spices and the addition of fried potatoes and onions.

Biryani, in Mauritius, is quite fittingly synonymous with celebration. Traditionally this dish is served at many special occasions and gatherings — weddings, engagements, religious ceremonies, having guests at home, the new year celebrations, office parties or even just for a picnic at the beach. The latter is probably one of the most typical Mauritian scenery, as I stroll down memory lane and recall the fascinating days of my childhood and teenage years.

You would think that a picnic down the beach would call for light and easy meals, but for many families, spending a day at the seaside would also mean meeting relatives that they might not have seen for a while. For cause of merriment, a big pot of biryani placed on a camp fire, was the highlight of the day.

My fondest memories of this exquisite aromatic rice dish were of those that my mum used to make. Back then, it was not made vegan but like many dishes, biryani is easy enough to be made with vegetables and a vegan gravy base. In fact, a vegetable and soya version is a popular vegetarian favourite.

There exists many versions of biryani or biriyani (as it is most commonly known) and the Mauritian ‘briyani’, inherited from its partly Indian roots, has its own characteristics.
Fried potatoes are typical of the Mauritian version, along with a topping of fried onions, added at the final stage of the cooking process.

As for the gravy, the main spices and herbs consist of garlic and ginger, cardamom, cinnamon, cumin, garam masala, mint and coriander leaves (cilantro). Yoghurt is usually used as the gravy base however, my version here calls for coconut milk and tamarind paste instead. The texture of vegan yoghurt vary greatly from brand to brand and from the texture of real yoghurt; I have yet to find a brand that I like. Besides, coconut milk might be a more common ingredient available worldwide (or online) as compared to vegan yoghurt that may be of a rarer commodity in many countries.

The tamarind paste that I am using is the type that you get in a block and usually available at Indian or Asian stores. Not only does tamarind add the required tang to mimic the taste of yoghurt but it also adds more dimension to the flavours. However, if you cannot find tamarind, you may use lemon juice as substitute.

By the way, I previously made a post and video on how to deseed and prepare tamarind paste to use in other recipes, so you may want to check it out.

Apart from the blend of spices, what makes a vegetable biryani particularly exceptional is the rice — the best quality basmati rice is primordially a given. Typically, a portion of the rice is coloured yellow or orange which gives the briyani its distintive multicoloured aspect varying from deep orange to paler tints of yellow to pure white. Saffron threads or food colouring can be used to achieve this but, as far as the latter is concerned, I am not a big fan of artificial colourants.

Saffron threads are the supreme choice to add colour, fragrance and flavour to the rice however turmeric can be a good substitute. While it may not be on a par to saffron, it does provide an equally satisfying hue, aroma and taste.

If you are new to soya chunks or otherwise known as TVP (Textured Vegetable Protein), a briyani is a great way to try it for the first time, if you are not allergic to or avoiding soy of course. But if you have tried it before and not liked it because of the chewiness, I urge you to try it again in this preparation before you decide to cross it off the pantry staples list.

Very often it comes down to how these are being prepared and cooked. Every step counts in order to achieve an overall appealing texture — the gentle boiling not only rehydrates, softens and removes the raw beany taste but it also improves the texture, something that soaking alone does not do.

These soya chunks softens pretty quickly so, as soon as the water comes to a boil, let them boil for a couple of minutes and then remove them from the heat and drain them. Washing them in cold water stops the cooking process immediately.

Then comes the searing part until some of the moisture evaporates. Frying, with just a little oil at a relatively high temperature, firms up the texture and adds a slightly crispy coating that dissipates much of the chewiness.

Apart from potatoes, the most common vegetables that are used in the Mauritian plant-based briyani are carrots, cauliflower, green beans and green peas. The addition of okra really came to be from a request from one of our YouTube subscribers who wanted a recipe that would combine okra with rice. And hence, okra is the star ingredient in this biryani dish.

It is common tradition to cook the briyani in a special large copper or steel pot called a deg which is usually sealed, using a flour dough around the rim of the pot, to lock in all the steam. This allows for a meticulous slow cooking process that delivers one of the most exceptional dish you might ever taste. To make this at home, you can use a thick bottom pot and cook on low heat on the stove top.

While some versions of briyani call for everything to be layered raw and then slow-cooked, my version here is a mixed of cooked and raw. I find that vegetables tend to get too soft if layered with completely uncooked rice. To keep the vegetables at their optimum state, I half-cook the rice and potatoes along with fully cooking the soya chunks. This considerably reduces the cooking time once everything is layered.

Quite seemingly, a briyani dish looks a little daunting to attempt. But it is neither more difficult nor time consuming than a curry. It is the spices and herbs that make the difference and the rest is basically just layering the rice to cook everything in one pot.

Watch the video for clearer and more explicit directions on the steps. How to make Mauritian Vegan Biryani with Okra and Soya Chunks (Textured Vegetable Protein).

Serve with a refreshing cucumber salad or raita and assorted Indian pickles or try it with some coriander chutney. Link to original recipe – Mauritian Vegetable Biryani – https://veganlovlie.com/mauritian-vegan-briyani-with-okra-and/

Previous Post: « Stuffed Acorn Squash with Creamy Dill Potato and Tofu Filling
Next Post: Take the Time to Live | Musings and Inspiration on Living in the Present Moment » 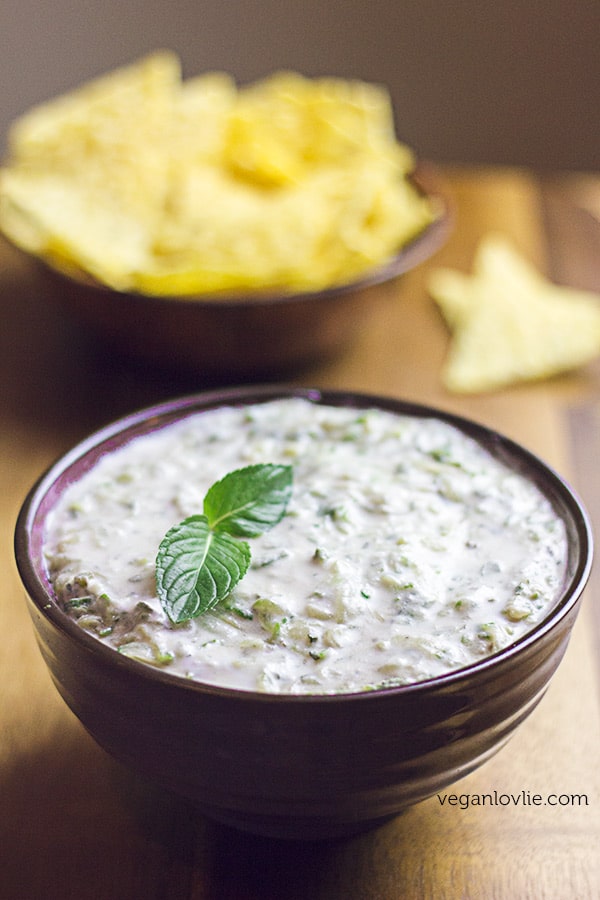 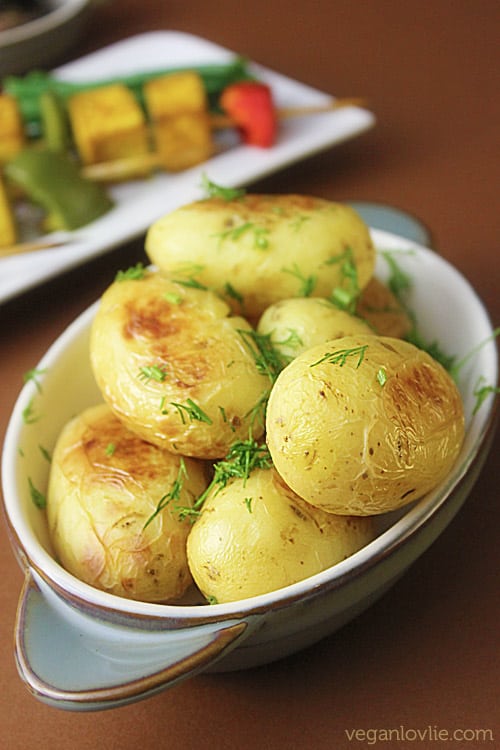 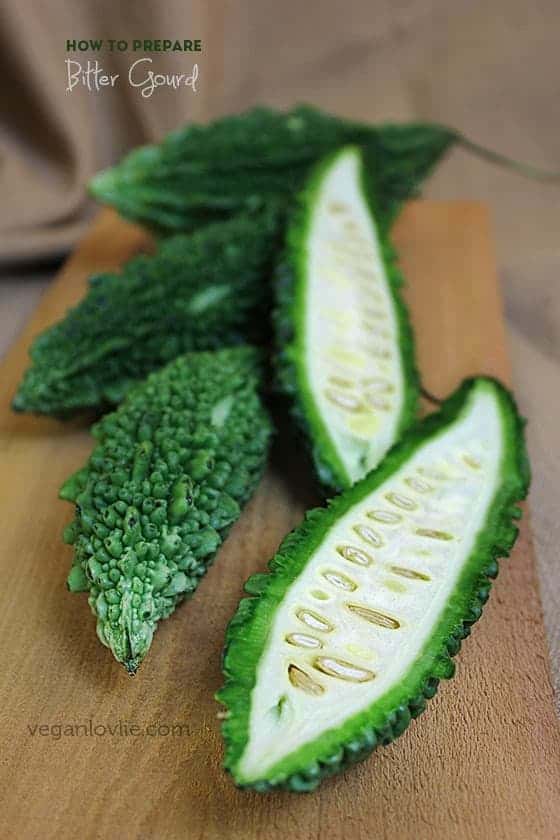 How to Prepare Bitter Gourd

error: If you would like to print the recipe, please do so from the printable recipe card below.