Have you ever wanted to just get out of the house being just you without having to look in the mirror first to see if you looked okay to go out? Are there things out there that you find incredibly beautiful but would not dare say they are because the whole world may not share the same opinion?

Freckles as beautiful as stars in the sky.
Image from here.

In fact, words would fail to explain what wabi-sabi exactly is; it is but an expression of our natural self . It is the desire to embrace a natural way of life that eventually becomes part of one’s philosophy and relationship with one’s surroundings.

The truth is wabi-sabi is inevitable. How one embraces it is what makes the difference in how it is perceived and experienced.

Throughout my life, until recently (where I’ve experienced a turning point), I have been conforming to society’s way of things both socially and in the work place. As a graphic ui (user inteface) designer, I have learnt the concepts of design such as alignment, balancing and colour theory, typography, layout, to name a few. While I’ve been following the ‘rules’ (almost!) and producing slick and what we would call ‘perfect’ designs that were generally pleasing to people (and especially the boss!), I have recently been questioning myself deep down about these aspects of things.

In the western world (where I have moved to for a number of years now), the concept of beauty is very well defined. Like I’ve said before, looking at yourself in the mirror before going out is probably something everybody does. Not that this is against the wabi-sabi concept but this gesture defines the concept of beauty meticulously. Aging, for example, is demeaned. Beauty is mostly perceived through the physical. Beauty models are photoshoped to look a certain way. During my two years of working as a Photo Retoucher in the fashion business (at ASOS.com), I did airbrush a lot of models to the image of ‘perfection’, despite the fact that I personally find people more attractive with their slight flaws.

Have a look around – that billboard, the ad on the bus shelter, the metro, tv, newspaper, magazines, the internet… We are constantly being overloaded with ‘instructions’ about how to live, dress, eat, socialise, even love and add anything to the list. Little (if not, no) room is left for self-expression, let alone your intuition. The word control springs out of my mind.

Over here, common practice every now and then, my colleagues or friends meet down the pub. Now, I am no longer even a social drinker ever since I changed lifestyle to veganism; it made sense to drop all alcohol if I was going to take care of my body. So, even in a pub I would usually go for fruit juice or water. Shocking, quite, if not, very, for some people. Basically, it is out of the norm here. That is to say, why would I go to a pub to have fruit juice or even worse green tea (if they happen to have it)? Plainly, it means I cannot socialise in a pub if I am to have non-alcoholic drinks throughout the night, lest having 20 questions to answer as to why I am not drinking alcohol. Anyway, this was an illustration of how much control society holds on us.

I have been finding it quite a challenge to conform to the rules (it has been a while now), socially, within the family and in the work place. I am not saying I am starting to become a renegade but it is rather my concept of things and relationship with my surroundings that are changing. Fundamentally, the struggle for perfection is really an attempt to eliminate imperfection. However, this struggle is exhausting and ultimately futile.

Reflecting back on my life into the things I have really loved and that which resonated deep within, I find that each time I really felt a sense of happiness there was the concept of wabi-sabi naturally being applied into the flow of things. Here’s a story:

I met my boyfriend in the workplace when we were working for the same company in 2003 (We’ve been together for nine years now). He was the one to approach me. On our first lunch date (at work), he wore a nice blue shirt looking smart and of course trying to make the best impression. He did look slick and the typical perfection (as we would call it) for a first date. However, I came to realise, this was not what impressed me most about him on an appearance level. He had beautiful fine facial features all well balanced except for one thing. His ears! They are the protruding type. They stick out more than normal. This was what did it for me! That one flaw in an otherwise perfect head is what I found attractive. The incredible elvish look they gave him, is what has left this impression, for a lifetime… Now, we all know how protruding ears can bring a lot of misery to children especially as they are exposed to teasing among friends. And sadly some people even seek treatment or surgery for this while it does not impair the use of any organs in any way.
So, every time I would mention to my boyfriend about how attractive I found him with the protruding ears, he would think I was teasing. (I think he is convinced now that I am genuine about this!)

To love our traits,
To find beauty in the imperfection of nature,
To live life through the senses,
To better engage in life as it happens,
In other words…
… flow, surrender …

Wabi-sabi nests all of these although the competitive society of today does its best to cast them out.
Embracers of this philosophy live through the senses and better engage in life as it unfolds, rather than spend energy on unnecessary thoughts.
In allowing ourselves to be gracefully lulled by the course of life, wabi-sabi naturally settles in the appreciation of assymmetry, roughness/irregularity, simplicity, modesty, and the appreciation of natural objects and processes.

In reference to the Western ideal of top notch beauty as something epic, grandiose and durable, wabi-sabi is the exact opposite. Observed in nature, wabi-sabi is not the moments of bloom and greenness but rather moments of inception or fading away.

It is not about gorgeous flowers, magnificent trees and breathtaking landscapes. It is about the insignificant and the shy, the uncertain and the transient: things so subtle and brief, they are invisible to crude eyes.

When you think of wabi-sabi you think about materials that occur naturally like mud, clay, wood, bamboo, cloth, paper, hemp, grass and even iron. These would physically change with the passing of time hence the sense of impermanence. Wabi-sabi would not relate to materials like plastic, glass, aluminium.

Here’s a beautiful illustration of the wabi-sabi concept: Graffiti weeds by NYC artist Gina Dawson. She beautifully developed this concept of creating sculptures of dandelions and other assortments of weeds out of coloured paper and then installing them all over the city. Most people would regard weed as much as graffiti a curse, an eyesore! Gina’s expression of something as insignificant as weed through a beautiful work of art is a nice embrace of the wabi-sabi concept.


Wabi-Sabi and the Handmade

Embracing wabi-sabi in my life has naturally kindled my appreciation of the handmade. My own handmade jewellery work certainly bears the wabi-sabi traits – they are not always symmetrical, each item is unique in its own way. But from a wabi-sabi point of view, these imperfections are not…imperfect. They look as though that’s the way things should be. Perfect, in other words.

Nothing is finished
Hence, there probably isn’t a conclusion to this…

But how about starting to embrace this concept for yourself?
Some people would spend a few thousands to get the perfect teeth alignment and the whitest shade possible (while there was probably not much wrong with it in the first place; remember Kate Moss became famous thanks to the gap in her teeth). Others would go on starvation diets to get that magazine model look (at the detriment of their health). Just when did we start to think that the perfect body means only skin on bones? One of the most adored woman in history was far from looking like a walking skeleton.

Is the struggle for perfection really an attempt to boost self-esteem? Or so has society condemned us to believe that this ought to be the case?

Instead of going for materialistic pleasures of the mundane world, why do we not start to learn to be content with our lives, exactly as they are today? Then slowly, allow the changes to happen naturally, merging and flowing with nature and all the rest, just how things intended to be…

Watch this space, more to come… because

…nothing lasts, nothing is finished, and nothing is perfect…
Good Reads on Wabi-sabi
Wabi sabi: the Japanese art of impermanence
What is wabi-sabi? -architect Tadao Ando
Wabi-Sabi Time: Seeing Beauty in the Everyday
Previous Post: « Lovlie Musings…Coming Soon!
Next Post: Irish Tea Brack » 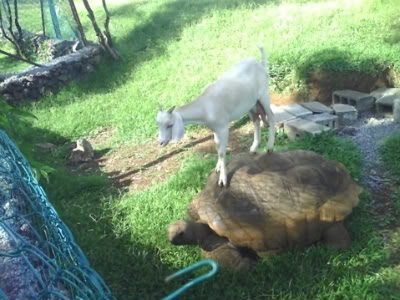 The story of the Goat that climbed on a Giant Tortoise 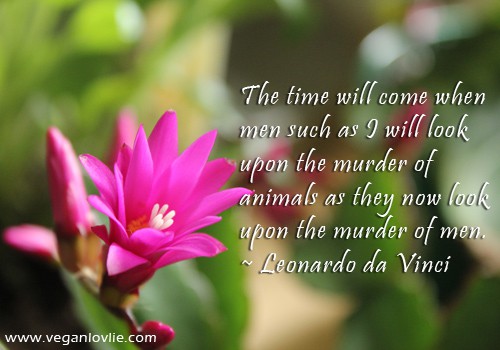 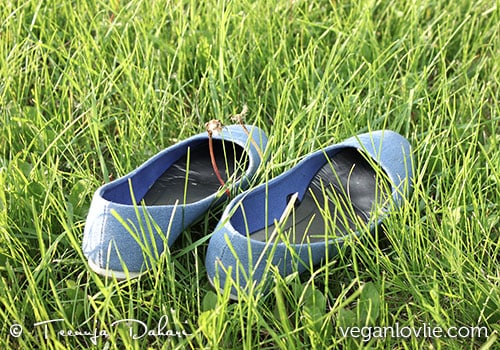