Vegan enchiladas with tofu and eggplant filling in a succulent piquante Mexican sauce made with roasted gooseberries and chillies.

I can’t believe it’s been a whole month since my last post! I’ve been working on a few personal projects lately and been more regular to the gym, so haven’t found much time for blogging. But I knew I had to do this challenge when I saw the post on the Daring Kitchen website! It was too exciting and I had never made Mexican food at home before!

Our hosts this month, Barbara of Barbara Bakes and Bunnee of Anna+Food have chosen a delicious Stacked Green Chile & Grilled Chicken Enchilada recipe in celebration of Cinco de Mayo! The recipe, featuring a homemade enchilada sauce was found on www.finecooking.com and written by Robb Walsh.

Of course I replaced the chicken with tofu and vegetables. I also did not make a stack but made rolls instead. This dish was “succulent” as described by my sister, when we had this for dinner last night!

I made quite a lot of variations to the original recipe as this challenge was very versatile. The only mandatory part was to make a homemade Mexican style enchilada sauce.

The challenge called for two main ingredients for the sauce – tomatillos and green chilies. I could not find any tomatillos over here in Ireland. In fact I had never heard of these before! However, Audax (from Sydney, Australia) suggested to use green gooseberries instead.

Well, I could not find any green gooseberries either and was feeling a little bit miserable. I really wanted to try something new for this challenge. And then, it seemed the Universe wanted to cheer me up! I saw a can of gooseberries in syrup on the shelf in Tesco. How cool was that?! I had never seen them before and just when I needed them, they were there smiling at me on the shelf!

Now, I only know Audax on the blogsphere through the Daring Kitchen, but at that moment I thought, they must have been sent by Audax himself! Hahaha!

As for the chilies, I used a combination of green and red.

One thing I wasn’t really sure of is whether these canned gooseberries would be too sweet for the sauce since they were in syrup. But I hoped they would be fine. I opened the can and quickly tasted one. Great! I thought they would be perfect for this sauce. They still retained a bit of tartness and were slightly sweet from the syrup.

So, the rest of the ingredients for these vegan enchiladas were green beans, aubergine, tamarind paste, tortillas (I used store bought ones). You can’t see the can of tomatoes in the picture as I added them in later on when the sauce tasted way too hot and also I did not have enough sauce from using just one can of gooseberries, I realised!

I bravely grilled a whole batch of chilies only to use but four in this sauce; it was already too hot!

To make the sauce, the chillies and gooseberries are grilled.

The gooseberries are drained from the syrup (I reserved the syrup to be added into the sauce), placed on a baking tray, lined with foil or non-stick sheet. Then, I placed the chilies on the same tray and sprayed with some oil.

They are placed in oven at 275 degrees Celsius and grill until the skin is brown, about 15 minutes.

Meanwhile, the aubergines are sauteed in a little oil until lightly golden.

And I did the same for the green beans until tender but still crisp.

The tofu is pan-fried until lightly golden and slightly crispy.

To make the sauce:

The chilies are removed from oven and allowed to cool. Once cooled, they are sliced open and the seeds removed, the flesh scraped from the skin. The flesh is placed in a blender and the skin is discarded.

The gooseberries are also placed in the blender with the ginger, tomatoes and tamarind paste, and then liquified.

Then, the sauce is cooked with 1 tablespoon oil for a few minutes on high heat. After that, the heat is lowered heat and the sauce is simmered for about 15 minutes.

The cheese powder (if using) and cornstarch are diluted in a little water, then added to the sauce. The sauce should be stirred continuously to avoid lumps from forming. Water can be added if required.

The taste is adjusted with more syrup (or sugar) and salt as required.

The sauce is removed from heat, with 2/3 of the sauce reserved.

The vegetables and tofu are added to the remaining 1/3 sauce in the pan.

In a baking dish (I used a rectangular one), 1/3 of the reserved sauce is ladled.

Then proceed to making the tortillas.

Some vegetable and tofu are placed on one tortilla, rolled with the ends tucked in and placed into the baking dish.

Repeat for the remaining tortillas.

The remaining sauce is ladled to cover the tortillas. 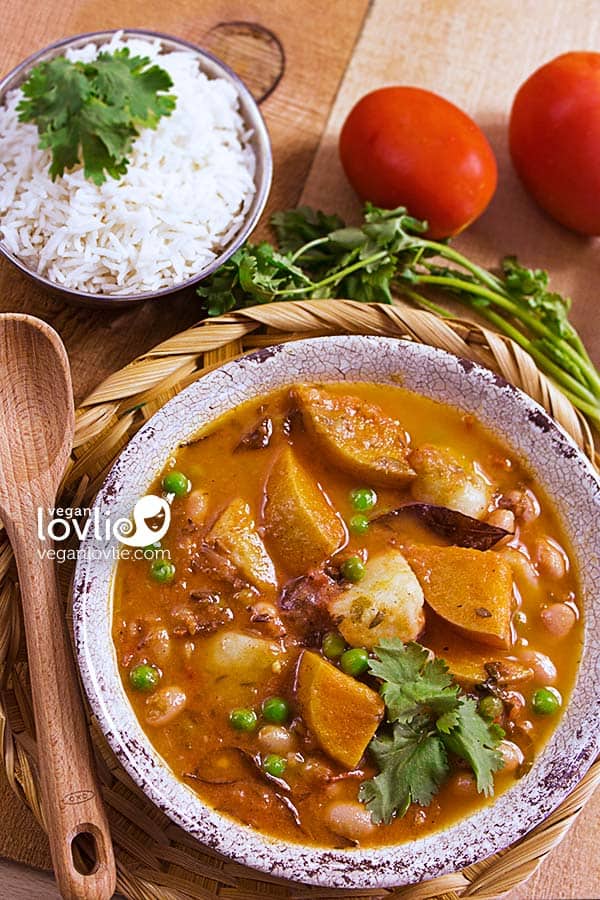 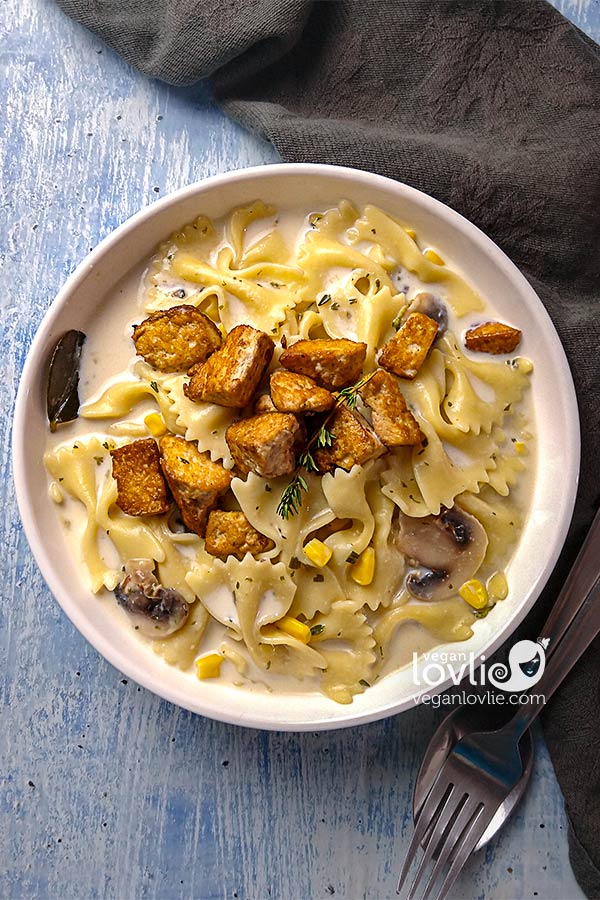 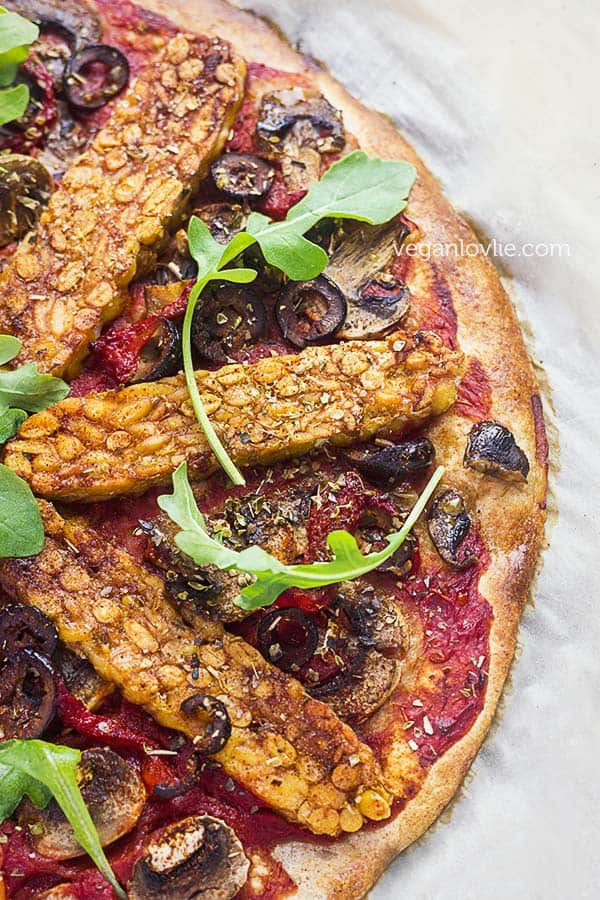